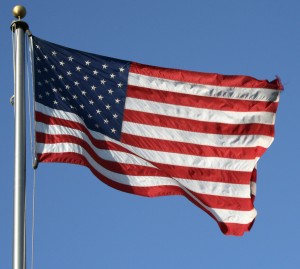 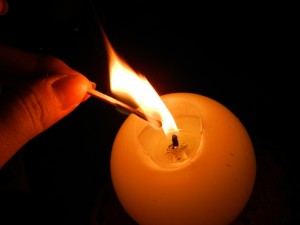 Somehow, my older daughter has already turned 16 and I am teaching her to drive.  We are working through the basics of how to control the car:  staying centered in the lane, managing speed through turns, interpreting various traffic signs, etc.  She is getting there, and I am confident she will master all of that soon enough. 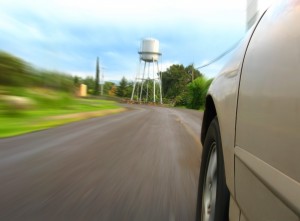 But the larger lessons are about how to think while she is driving, her habits of mind behind the wheel.  So far we have three primary rules of the road that we come back to every time we are in the car:

Visibility and road conditions determine speed.  While road conditions are an obvious concern, VISIBILITY has been a key point of emphasis on our practice drives.  I want my daughter to know that the laws of physics aren’t impressed with ‘right of way,’ and I want her to develop a default reaction of easing up when approaching blind hills and curves.  She needs to understand that it is impossible to know whether someone–or something–might be in the road ahead, so when visibility is short it is wise to let off the gas and be prepared to brake until her sightlines are clear.

Don’t take for granted that anyone else is going to do what they should.  Despite the fact that the vast majority of people seem to characterize themselves as pretty good drivers, my own experience has made me what we might call skeptical.  So I want my daughter to adopt a ‘universal precautions’ approach behind the wheel.

We routinely talk about what another car might have done–jumping into traffic, running a light, etc.–and how she would have reacted to keep herself safe.  I have often found myself quoting my own dad, who taught me driving wisdom such as “the only thing a blinking turn signal tells you for sure is that it works.”  Much of our philosophy boils down to the words of President Reagan:  “Trust, but verify.”

So limiting distractions will be a high priority–and something of a challenge given the lifestyles of teenagers and the prevalence of electronic communication.

Once my daughter is driving solo, she will have to stay solo for a while, avoiding the temptation and the peer pressure to take one of her friends with her–until she builds up experience & expertise–and we will talk about strategies for safe cell phone use.  Fortunately, she is earning her license in a different era than I did, as new drivers in our state are required to have their learner’s permits for almost a year and they must log a minimum number of hours before even applying for the actual license.  Over the last 30 years, the state has become more cautious and purposeful in licensing drivers….which matches perfectly with our plan for all three of our kids.

The Strangest Easter…and an Important Lesson

For my family, like many others, Easter brings family traditions, reflection, and appreciation.  In broad strokes:

But a couple of years ago our family had an experience that became an unforgettable part of our Easter history.  Driving home from my parents’ house at around 10pm, on a lightly used (maybe 1 car every 2-3 minutes) road, we spotted a woman lying in the grass, waving frantically and screaming for help.

We backed up, taking a cautious approach; for a moment we wondered whether the surreal scene was part of the type of set-up that turns up on the news from time to time, with others waiting in the bushes for an opportunity to rob ‘good Samaritans.’  We called 911, told the kids to stay put in the van, and got out to try to calm the woman down and figure out what type of help she needed.  She insisted she could not move, but hysterical–and vaguely coherent–she told us how she had gotten there and we conveyed the details to the police dispatcher:  a drunk boyfriend had been driving, had gotten angry with her (not for the first time), and had thrown her out of the car.

Once the police and paramedics arrived, my wife and I answered a few questions and we were quickly back on our way home.  I have no idea what happened next for the victim lying in the grass.  Did she press charges against her boyfriend?  If so, did she see that process through?  Or did she go back to him, accepting assurances that he was sorry, would never do anything like that again, would make it up to her, etc., etc., etc.

Our early elementary aged son had a few questions about the woman in the grass, but he was more interested in the police cars and fire trucks.  But his middle and high school sisters were interested in talking about how she had gotten there and what would happen next.  This became a conversation about domestic abuse, and the idea that they needed to make sure NO ONE would ever get a second chance to hit either of them within a relationship.  We talked about how victims–often, but not always, women–often put up with abuse because they are more afraid of losing the relationship than of getting hurt.  We talked about how staying safe must ALWAYS be a non-negotiable expectation when they started dating.  We talked about how the woman we had helped might press charges, get a restraining order, and move on to a safer life.

Making the same drive home this past Sunday night, I glanced over and saw there was no one in lying in the grass; I wondered whether the woman who had been there on another Easter had taken care of herself in the two years since.  But I also felt confident that my own girls had learned something critical about taking care of themselves for years to come.