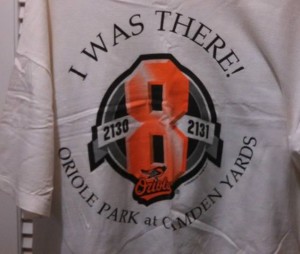 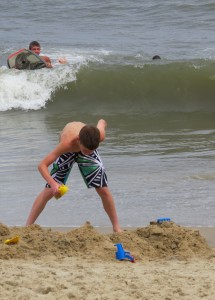 Our kids are 18, 15, and 11.  Almost every year we spend a week at the beach, and most years my sister-in-law’s family is also there, including my two nieces—now 14 and 16.  And for the last 18 years, there has been this green, vinyl drawstring bag from Benetton right there with us, a holdover from my wife’s days as a trendy teen in the ‘80s.  The bag holds the toys:  Shovels. Buckets. Rakes. Sand molds. Boats.
Though the contents have evolved over the years as new toys were added, as some disappeared into the surf or under the sand, and as others wore out and were thrown away, the Benetton bag has been a constant.  But there’s one problem:  Although no one has ever accused me of being a neat freak, sand that finds its way anywhere but actually on the beach is my proverbial kryptonite—an odd confession from a 30+ year volleyball player, I know.  Perhaps I need help—or perhaps the sand just needs to stay where it belongs.

So for years I have more or less hated that Benetton bag.  At the end of each day, someone has to carry the awkward bag full of toys that you can never get completely clean as you come off of a beach.  Then there’s always the decision:  Take the bag back to the room or leave it in the back of the van?  Either way, sand is going to wind up somewhere it has no business being.  If it gets on the floor of the condo, it will then find its way all over the unit.  If it gets on the floor of the van, traces will still be showing up months later when I am looking for the ice scraper.  It’s the Kobayashi Maru of beach vacations.
On the beach, it has been years since our now-18 year old has had any interest in playing in the sand.  Castles and canals are all in her past.  And this year, for the first time, our 15 year old and her two cousins spent all week playing in the waves and hanging out under the umbrella with books without ever touching the sand toys .  Our son is now the only one.  He once again spent hours each day on complex sand engineering and construction, drawing his grandfather, his parents, and temporary friends made on the beach  into his projects whenever he could.  I commented that if everyone worked as hard at their jobs as that boy works in the sand, we would do anything.

So on our last day at the beach, I wound up carrying the accursed green back to the van, trying not to get sand on my driving-home clothes.  But on the way across the parking lot I wondered how many more summers the boy will use them.  And I realized:  I’m going to miss that green bag. 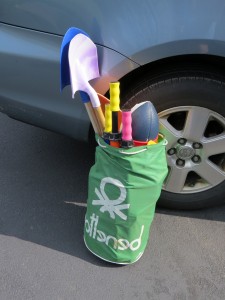 The Green Bag of Sand Toys